Porn Games
Favorite
Features implemented now:
Dynamic Character Creator; Create your character based on what you want to play, by choosing from 4 different races; Human, High Elf, Dark Elf and Orc.
Trait System; Choose your traits based on what kind of character you want to play as personally. Traits define how your character performs in the world and how they react naturally.
Skill System; A good old RPG-style Skill-system which defines the physical and magical capabilities of your character.
Exploration System; A CoC-style exploration system, let\'s you explore the lands of Westdale.
Westdale City; Go to Westdale City and meet Tracy, a bartender whom owns a Tavern. You can complete some of her first quests, and have some fun with her (obviously only for testing reasons).
Assignment System; Inspired by No Haven, the game features an assignment system, where the player can complete specific tasks for rewards. Later on when the Slavery and Companion system is implemented, this will play a bigger role in sending them on assignments.
Combat System; A traditional turn-based combat system.
Dynamic Domination System; Once you defeat your foes, you can dominate them in a turn-based sex system.

106 mb
Aurelia, it’s an adult game set in a fantastic medieval world full of beauty and wonder where you will take the role of a young man that, on a sudden twist of fate, has become... 716 mb
Overview: You are the succubus and you have a task to corrupt your target to complete the course. The start of the game is a visual novel type but then it changes. Our game is not...

822 mb
Live as a sissy harlot. Earn money to be able to change back and forth at will with the X-Change Pill. 2.5 New settings slider bars New phone system. How the player aquires item... 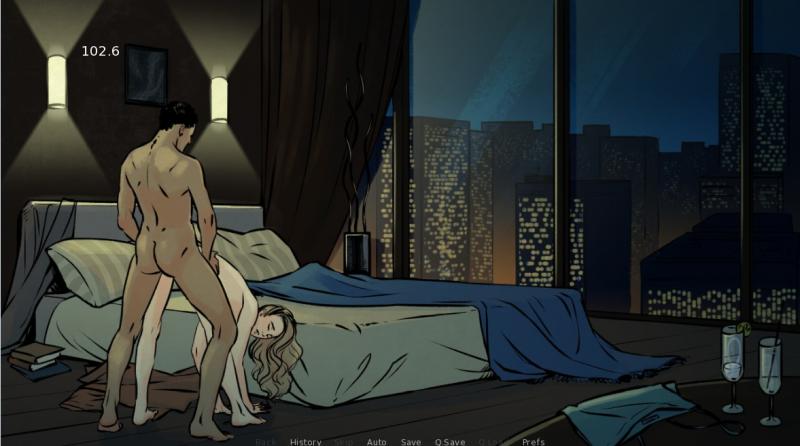 453 mb
dysseus Schliemann is a savvy adventurer with an eye for only two things: valuable treasure and beautiful women. Odysseus chases them both to the end of the Earth in this adult... 778 mb
Overview: You are Jake. Loving Son and Brother on the cusp of manhood. A string of bad luck leaves your family homeless and your sister is seriously ill. You must guide Jake into...