Influence/Bondage Gear changes - Influence upgrades and Bondage Gear are now separate upgrades. There is a new stat called Break Bonus, which affects the rate at which slaves gain submissiveness.
Elli Content - There are a ton of new Elli scenes!
Feminization Content - The feminization/sissy hypno storylines have been continued, and you'll now get to learn how to apply makeup.
Automation - PCPro and Office scenes now work with AutoSkip and you can select an automatic activity for the end of the week. The entire system has also been overhauled and should function better now.

AutoSkip now works for PC tasks without slaves (Service male clients, Work in the office).
Updated the AutoSkip system, it should work as intended now. (Coded by Brun0)
You can now select an automatic activity for the end of the week for the PC.
There's a new stat for the PC: BreakBonus. It increases the rate at which slaves gain submissiveness, and is increased by purchasing Bondage Gear and the Dungeon.
Influence still helps as well, but this is a first step towards changing the role of Influence.
Each Bondage Gear purchase increases submissiveness gain by 5-15%.
Influence upgrades and bondage gear are now two separate categories and purchases.
Once you've bought all the bondage gear available, you can now install a Dungeon in the brothel.
The Dungeon is a new location for scenes, and gives a pretty high passive income as well as BreakBonus.
Added an option to outright disable Gay (Male/Male) content. It is generally not recommended that you use this toggle, as the content can be avoided through your actions in the game.
Added the option to disable Enema content to the options menu.
There is a new Trait, MakeupArtist.

Updated the layout of the SelfView page, mostly changing the order of some things around.
Made some changes to the layout of the changelog.
Fixed several typos.
Moved parts of IncreaseTits4 to IncreaseTits3 to reflect the fact that the TitfuckUnlockSize has been changed. (Thanks Sojourner!)
Made smaller text changes to IncreaseAss scenes. (Thanks Sojourner!)
Removed repeated text in IncreaseTits10. (Thanks Sojourner!)
Added BreakBonus to the SelfView statistics.
Modified the ViewingBooth tool-tip slightly.
Made some visual changes to the Intro passage, where you choose your settings and name.
Changed the TitsDesc widget so that cup-sizes better reflect the actual size of the breasts described.
Made some changes to CockDesc widget, removing a few descriptors and adding a few new ones.
Changed the boxes in BruceFirstFuck to the textmessage format.
Made some changes to the debug cheats on the SlaveView page. Also added a few extra options for Energy.
Reduced the display size of some webms so that scenes flow better.
Changed the text colour of the shemale who fucks Rebecca, it was previously the same as The Mistress, and they're not the same character.
Changed the picture for feminine7 face.
Changed wording for automation results from "You earned" to "The Brothel earned". (Thanks Alice!)
Updated PCProAfroman to have a different image for when you're feminized.
Added a two new images for RestaurantGloryhole for when you're feminized, one for both Men's and Women's bathroom options. (Thanks Jordyn!)

Tried to fix the blank events again, hopefully I finally got it this time. Update: It hadn't fixed it. I did another pass, and HOPEFULLY this time it will be fixed.
Fixed the huge bug with feminized PCPro scenes. They should now play properly, without errors. Sorry!
Hiring Jordan the Bartender now properly increases your income. (Thanks Sojourner!)
Fixed "New Scene!" not properly triggering for PCPro scenes.
Fixed an issue where Rebecca versions of certain scenes would always get added to EventsSeen, even if you got them first with a different slave (eg. HandjobUnlock).
Fixed it so that the alternate version of BackwardsBlowjob now properly triggers "New Scene!".
Stopped ViewingBoothGloryhole from incorrectly repeating and fixed it incorrectly using "Back to Management" (Thanks Alice!)
Fixed an error in a TrainOral scene. (Thanks Brun0!)
Backend

$SissyHypnoSceneCount added, to avoid having to change a number in several places as more scenes are added.
Improved the "Make yourself Girly" debug options.
Replaced deprecated <> macro with <>.
Added $PCInfStatusLow = 3, $PCInfStatusMed = 5, $PCInfStatusHigh = 9 to make certain checks more consistent.
Added $Daniel, a new character in the Elli storyline.
Renamed a few images.
Made Management more consistent code-wise, by adding in missing blank variables and reformatting the code.
Every name in the game now has a variable to represent it, in order to make writing a bit easier. Also replaced every instance of $Slave1Name with $Rebecca.
Added $SlaveItems[] to slave creation, to allow for slaves to own items. Also reworked how Elli's upgrades/bonuses work, to fit into the new system. She now gets an "item" for every upgrade.
Added <> for certain events, to go back immediately to the Slave's page from events.
Updated textmessage macro to be more flexible for player avatars. Removed $PCAvatarDir.
Updated <> to take a variable. The widget is used to add an event name to the EventsSeen array.

Some pages will not display correctly on small resolutions or in phone browsers. Try to zoom in or play the game in a larger window to fix.
ToolTips might appear in the wrong place if you're running the game in a small window.
Images sometimes don't show up when playing the game on mobile. Make sure it's extracted properly - or try a different browser.
ToolTips might appear too large while playing on mobile, blocking certain buttons.
Extra spaces are sometimes inserted in text where they don't belong.


See changelogs for previous releases at the forums or in-game.

This game is intended for adults only, it currently contains the following: 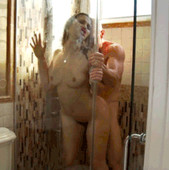 606 mb
Overview: Hard Times in Hornstown. This is a text-based sandbox time management game focusing on sexual situations including several fetishes. The game puts you in the shoes of a... 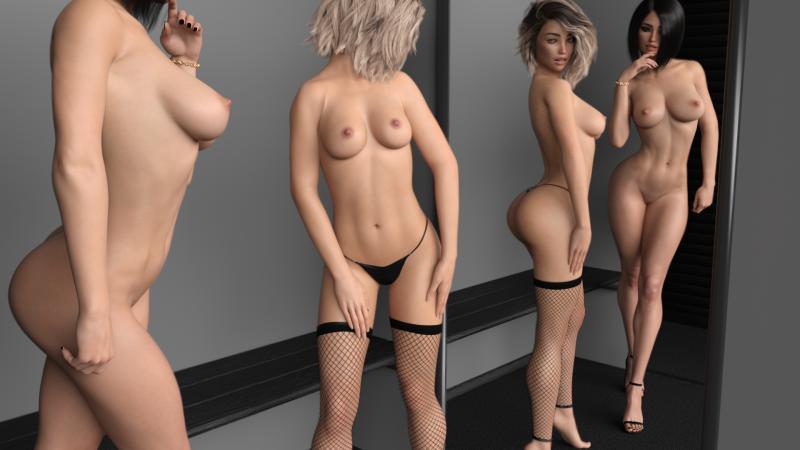 3400 mb
Overview: You are about to embody the main character, who is a guy with a hard life story. It is up to decide what is right and what is wrong during the gameplay....

5740 mb
This is a game about slavery and war in an age without rules of engagement. As a player, you will have the option to commit several crimes against humanity. If that's not your cup...

3120 mb
A family of five (Son, Older Sister, Younger Sister, Mom and Dad) have just moved to a new town to start a new life. The player stumbles upon an ancient artifact. Accidentally...