Bugfix 1:
Fixed new premium art not getting included
Fixed infinity attribute points in Character Creation screen
Fixed a crash on match 17 of the season (seasons are only 16 matches long)
Cleaned a bunch of unneeded files out of the jar

Bugfix 2:
Increased the difficulty of snapping out of Enthralled early
Fixed not being able to continue after Yui's double exposure scene
Fixed catching someone in a spiderweb trap not taking a turn, and hopefully an associated crash

Bugfix 3:
Fixed Bronze Cock perk not applying to Carry or Fly
Characters wearing strapons can initiate intercourse without a minimum arousal requirement
Cynical show now be applied when mind affecting statuses wear off
Fixed Jewel's Reflex perk not preventing Sleight of Hand for hitting
Fixed issue where NPCs could use Gold Cock skill
If a character is bound by multiple sources, only the strongest bind counts
Fixed Distorted having 0 base duration
Illusions' evasion buff now scales with Arcane
Charm duration is now increased by Hypnosis
Enthrall duration is now increased by Dark and Hypnosis 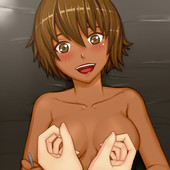 108 mb
It’s the summer before you start college, and you’re moving to the city a few months early in order to get away from your family. You love them, but most of them are a bit...

432 mb
Accidental Woman is an interactive fiction life sim game for adults. It's built in Twine Sugarcube, and can be played on most OSes and smartphones. In the game, you take the role...

138 mb
No Haven is a side game to the dungeon crawler Whorelock's Revenge (formerly Deeper Dungeons: Enhanced). Here you have command of a small group of slavers initially and from there...