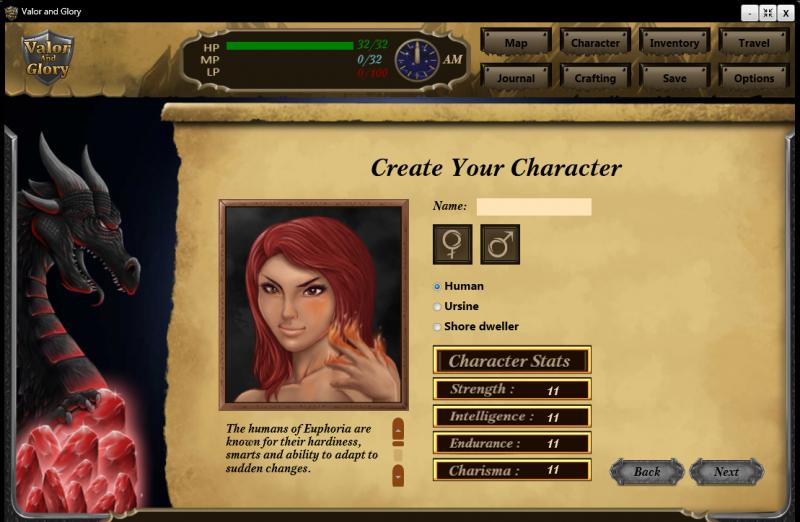 Porn Games
Favorite
Game version 0.3.0
New features:
- The city of Wetlock has been added. It's rather barebone currently.
- You can travel to Wetlock by speaking to the gate guard at the outer walls.
- Added a new enemy in Wetlock: the drunken oaf. Hasn't got a sex scene yet but comes with its sprite and animation
- Added a sprite for the moohmin enemy. Has its idle animation.
- Added that you can now ask Moira, Smiggins or Ealin for advice on the main quest, and they'll point you towards Wetlock.
- Added a new F/F + voyour scene. Speak with Sal around 10pm-11pm. Have to have met Moira beforehand.
- Added two new craftable items in the armor category: Venture boots & the Horned leaf cap.

Fixes:
- Fixed a bug where equipment tooltips wouldn't be shown in inventory.
- Fixed an issue where the menu bar wouldn't update when equipping gear.

Notes:
- This took quite a bit longer than planned, but these past months have sadly been rather busy in terms of work.
- The backdrop when fighting in Wetlock will be dungeon one until time comes around for me to draw a new one. 797 mb
Overview: You play a scientist/professor which has invented ways to alter the human body. He sets out to test it on students at the school he currently works in, corrupting them... 117 mb
In “ACADEMY34” you are going to take on the role of a cadet, who has just enrolled at the Academy, where young recruits are trained to become Overwatch agents. An exciting student...

366 mb
Artist: Aiykawa Censorship: No Version: 1.01b OS: Windows Language: English You just moved to Little Eden due to your fathers deployment. No TV, no internet and no reception, when...

1110 mb
Quickie: A Love Hotel Story is an adult management, dating simulation game that features and expands on all our characters from Quickie (short visual novel series). Play as a...