Crossdressing in Camelot by Stickyicky version 0.30.4

Porn Game
Favorite
Overview:
Crossdressing in Camelot is an adventure RPG, with transformation elements focusing on feminization. You play as a young man who wishes to become an adventurer, but ends up doing so in a rather unique way.
The main idea behind the transformation in this game is that the more the player transforms themselves, the stronger they become. The difficulty will be made to try and force you into feminizing yourself somewhat, while still making it possible to get through the game with very minimal changes if that is your goal. There is a variety of content though, and the player isn’t always forced into the submissive role (though the game leans more towards that).​
Version 0.30.4

Removed a temporary portal that might make players think the dungeon four content wasn't finished, even though it is. 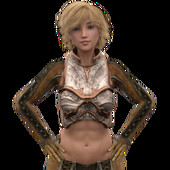 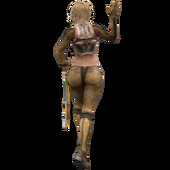 429 mb
Overview: Hard Times in Hornstown. This is a text-based sandbox time management game focusing on sexual situations including several fetishes. The game puts you in the shoes of a...

2070 mb
It is an adult game currently written in Twine (plays in modern browsers) focusing on the male to female transformation of its main character. The story caters to a variety of...

572 mb
Overview: The Company is an AIF game set in the universe established by Wandrer on the ASSTR database, with his permission. This game focuses on the very early years of The...

Jpmaggers The Repurposing Center version 0.5.3(a) 336 mb
You are, what people refer to as, the divine. You don't know any details, and you must unravel your situation in this large world, full of different people and things to do! And...